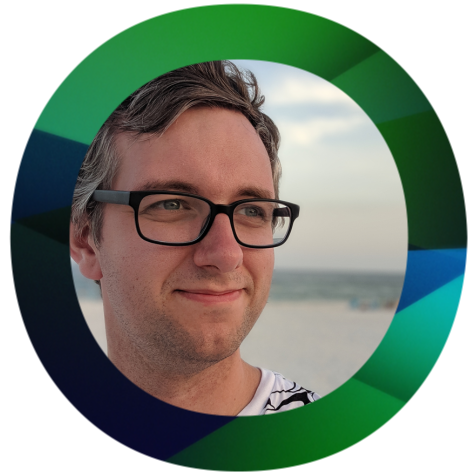 A media buff by day and a radio nerd whenever it calls.

I've gone from starting out in community radio at the age of 12, via a student radio and on to support a world renowned charity with their media coverage.

Over the years I've built up my skills in radio, website design, video and photography, with some of my favourite pieces of work being done on a volunteer basis, or just for fun.

I currently work at Tearfund as PR & Media Officer and volunteer at Westminster Chapel as the Tech Team Leader.

Starting my radio career at Tulip Radio in Spalding, South Lincolnshire at the age of 12, I moved on to Stoke-on-Trent to work at community radio station Cross Rhythms City Radio and student radio station One Media Radio.

In Stoke, I presented weekly shows at both stations. In my second year I became the Technical Manager of both the student radio station and the university's annual RSL, Cre8 Radio. We covered weekly sports coverage, several live OBs which included gameshows, Students' Union election coverage, charity events, the annual Tour Series cycle race through Hanley City Centre and the 2012 Olympic Torch Relay through the area.

In Summer 2013 & 2017, I was the Station Manager of Poacher FM at Lincolnshire's Poacher International Scout & Guide Camp. This involved organising the Ofcom licences for broadcast, managing a volunteer team of broadcasters and working with the on-site management to ensure the content was suitable for the attendees.

For several years, I've worked on One Sound FM at Lincoln's One Event. During my time there, I've presented different shows, created the imaging for the station and managed the on-air team for the 2015 & 2016 broadcasts as Station Manager.

As part of the Community Radio Awards, I've created, produced and ran their 2018 & 2019 ceremony graphics and animations, alongside accompanying audio cues. During the 2019 nominations period, I created regular countdown videos to encourage their online audience to submit their entries.

For Westminster Chapel, I've produced timelapses, logo animations and event highlight videos, which have been shared with other churches as examples of the church's activities.

In addition, I've programmed the visuals and lighting to accompany their Carols by Candlelight Christmas services.

Whilst working with KingsStock Music Festival, I've produced several videos to promote the summer annual event alongside other promotional material.

Watch my videos on Vimeo

For 2014, I decided to try a 'photo a day' blog. This honed in some of my photography skills over the course of a year.

The point of it was to document each day; be it something interesting that happened, something I saw on my commute or an item laying around my room.

Since then I've taken photos during events and holidays. The best of these photos are now available to download and use for free from the photography community site Unsplash.

View my photos on Unsplash or find me on Instagram

I regularly write on my blog about subjects that I am passionate about.

This has included work I've been involved with, thought pieces on my interests and projects I have volunteered on.